EDMONTON, AB, May 3, 2021 /CNW/ – Imperial Equities Inc. (TSXV: IEI) has acquired the former Teamsters property in Edmonton, Alberta.  The acquisition is an important strategic asset that consolidates certain land holdings in Imperial’s Coppertone Industrial Common.  Located in northwest Edmonton and developed by Imperial Equities in 2004, Coppertone Industrial Common consists of seven properties with almost 120,000 square feet of first-class industrial space, most of which was developed by Imperial directly and is 100% occupied. 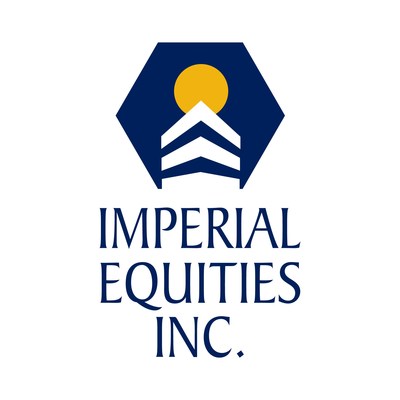 “This property fills in an important gap in our land holdings in this area and offers additional flexibility as we plan for new development” said Sine Chadi, President and CEO of Imperial Equities Inc. “We prioritize land acquisition when it is of clear strategic advantage to the company and our ability to respond to industrial tenants who have specialized needs or to accommodate the growth of existing tenants. Coppertone Industrial Common is ideally located, has strong covenants in place and has been a solid, consistent performer for our company.”

The Teamsters property has an existing 6,000 square feet of office building which will be leased until such time as the Company proceeds to incorporate the property with the adjacent lands and undertake new development.

Based in Edmonton, Alberta, Imperial Equities Inc. is a publicly traded company anchored by industrial, agricultural, and commercial real estate properties in its targeted markets throughout Western Canada. Additional information is available at: www.imperialequities.com. Imperial’s common shares are listed on the TSX Venture Exchange under symbol IEI.

Neither TSX Venture nor its Regulation Services Provider accepts responsibility for the adequacy or accuracy of this release.