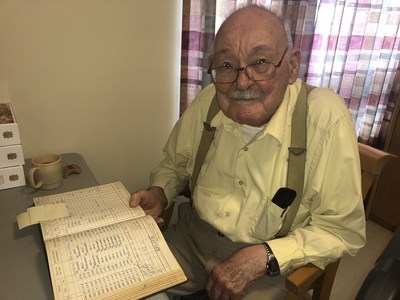 A Royal Canadian Air Force veteran who once patrolled the border of the Soviet Bloc will fly in a plane with a profound personal connection on National Seniors Day.

When Gordon Helm, 84, steps into a de Havilland Canada DHC-1B-2-S5 Chipmunk at the Canadian Warplane Heritage Museum, it will feel familiar. He will add the flight to his logbook that records more than 4000 hours airborne, including in the Chipmunk.

“Old time’s sake,” says Gordon, who lives with wife Isobel at Chartwell Lancaster Long Term Care Residence in Lancaster, Ontario. “I suppose there will be a little bit of emotion in it.”

Gordon’s wish is made possible by Chartwell Retirement Residences and its partner charity Wish Of A Lifetime Canada.

Back in the 1950s, it was an F-86 Sabre that Gordon piloted on No. 4 Wing fighter squadron at RCAF Baden-Soellingen in West Germany.

“We used to fly up and down the Iron Curtain,” he recalls. “I suppose you might consider it tense. Canada lost 29 pilots during that tour.”

But after 13 years of service, his life took a dramatic turn when a serious medical diagnosis cost him his pilot’s license.

“I don’t know how you explain a loss,” Gordon says. “My life ended when I was 29 as far as flying goes.”

Also an engineer, he went on to a distinguished career with Air Canada becoming the airline’s Chief Operations Engineer.

Gordon has been training on playground equipment near his residence to ensure he’s in tiptop physical shape when he steps into the Chipmunk.

“Aviation is my life,” he says. “I wish everybody had the opportunity to fulfill their dreams.”

Thanks to Chartwell Retirement Residences and Wish Of A Lifetime Canada, since Oct. 1, 2015 more than 120 deserving seniors have had their dearest desires granted in four categories: Commemorating Service, Fulfilling Lifelong Dreams, Reconnecting Loved Ones and Renewing and Celebrating Passions. From a reunion with a grandson in Thailand to a WWII veteran’s overdue flight in a Lancaster warplane, the wishes have each been unique in nature and have been granted across the country. Nominations are open to any Canadian senior.

“Through Wish of a Lifetime Canada, we are able to enrich the lives of older Canadians, help them overcome barriers to fulfill their dreams and feel a sense of inclusion,” says Brent Binions, President and CEO, Chartwell Retirement Residences.

About Wish of a Lifetime Canada (WOLC)
Wish of a Lifetime Canadaâ ¢ preserves the wisdom and accomplishments of deserving seniors through fulfilling their life-enriching wishes. Through wish granting we combat senior isolation and shift the way society views and values our oldest generations by sharing stories to inspire those of all ages. www.wishofalifetime.ca

About Chartwell Retirement Residences â WOLC Founding Corporate Sponsor
Chartwell Retirement Residences is the largest owner and operator of seniors housing communities across the country, from independent supportive living through assisted living to long term care. Chartwell is committed to its vision of Making People’s Lives BETTER and to providing a happier, healthier, and more fulfilling life experience for seniors. www.chartwell.com 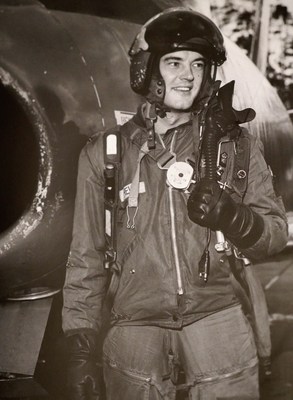