/NOT FOR DISTRIBUTION ON U.S. WIRE SERVICES OR FOR DISSEMINATION IN THE UNITED STATES/ 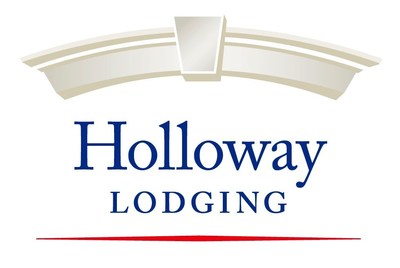 The price Holloway will pay for any Debentures will be the prevailing market price of such securities at the time of purchase. The actual number of Debentures that may be purchased for cancellation and the timing of any such purchases will be determined by Holloway. Management of Holloway believes that, from time to time, it is in the best interest of the company to purchase its securities.

Each Bid will commence on January 15, 2018 and will terminate on January 14, 2019 or such earlier time as the Bid is completed or terminated at the option of Holloway. The Purchases may be effected through the facilities of Toronto Stock Exchange and all alternative trading systems.

Holloway has entered into an automatic securities purchase plan (the “Plan”) with a broker in order to facilitate purchases of the Debentures under the Bid. Purchases under the Plan will be made by Holloway’s broker based on the parameters prescribed by the TSX, applicable Canadian securities laws and the terms of the parties’ written agreement. The Plan is intended for the purchase of Debentures only under the Bid. Under the Plan, Holloway’s broker may purchase Debentures under the Bid when Holloway would ordinarily not be permitted to, due to its self-imposed regular quarterly blackout periods. The Plan commences on January 15, 2018 and expires with the expiry of the Bid on January 14, 2019.

The Company believes that, on occasion, the Debentures become available at prices that do not give full effect to their underlying value, based solely on management’s opinion of the Company’s future prospects. Accordingly, management believes that the purchase of Debentures pursuant to the normal course issuer bid represents an investment opportunity for Holloway and an appropriate use of its funds.

Holloway is a real estate corporation focused on acquiring, owning and operating select and limited service lodging properties and a small complement of full service hotels primarily in secondary, tertiary and suburban markets. Holloway owns 33 hotels with 3,764 rooms. Holloway’s shares and debentures trade on the TSX under the symbols HLC, HLC.DB and HLC.DB.A.