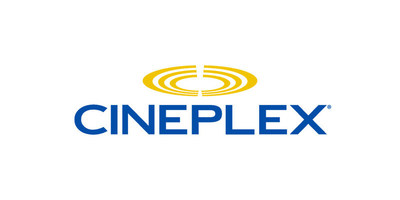 Scheduled to open in mid-2019, the new theatre will offer a variety of movie-going experiences for guests of all ages, including UltraAVXâ ¢ and recliner seats in six of its seven auditoriums. The state-of-the-art theatre will also feature an auditorium designed specifically for families with young children with a colourful interior, playful seating and a curated line-up of films selected just for them.

The existing Cineplex Odeon Centre Cinemas will remain open until construction of the new theatre is complete. The new theatre, which will be named Cineplex Cinemas at The Centre, is part of The Centre’s redevelopment project and will be located in what is now a parking lot at the front end of the complex.

“We are so pleased to open a new theatre at The Centre as we continue to offer enhanced entertainment experiences to the Saskatoon community,” said Ellis Jacob, President and CEO, Cineplex. “Cineplex Cinemas at The Centre will be the perfect place for guests of all ages to enjoy some well-deserved entertainment and for our young movie-lovers to watch their favourite films in a playful auditorium designed just for them.”

“This innovative redevelopment project confirms that The Centre is the place to go in Saskatoon for the complete shopping, dining and entertainment experience,” said David Wyatt, Vice President of Retail Leasing, Morguard. “We’re delighted to expand our relationship with Cineplex to offer this exciting new entertainment option to the people of Saskatoon.”

Spanning over 30,000 feet, the theatre will also feature an XSCAPE Entertainment Centre where guests can use coinless play-card technology to earn and redeem points on games and attractions. In addition to a variety of concessions and a selection of delectable hot foods, guests can enjoy Cineplex’s new Melt Sweet Creations concept, which specializes in indulgent desserts.

Proudly recognized as having one of the country’s Most Admired Corporate Cultures, Cineplex employs approximately 13,000 people in its offices across Canada and the United States. To learn more visit Cineplex.com or download the Cineplex App.